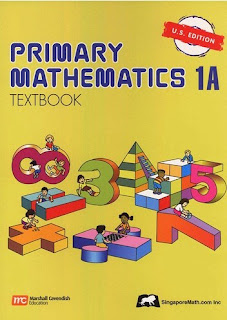 “The race is on among nations to create knowledge fueled innovation economies. In Singapore‚ and other countries around the world, educational improvement is viewed as a critical part of that mission.”
(Benchmarking for Success: Ensuring US Students Receive a World-class Education, a key resource used in developing the CCSS)


Singapore appears frequently in the research used to arrive at the Common Core State Standards in Mathematics. It is therefore not surprising that our Singapore Math programs are well-aligned with those standards. View correlations by grade level here:

Part 1: How I Became Interested In Singapore Math
Part 2: Philosophy and Pedagogical Approach of Singapore Math
Part 3: Is This The Most Visual Math?
Part 4: How To Make It Happen In Your School
The Daily Riff's four-part series Singapore Math Demystified! by Bill Jackson, Math Helping Teacher, Scarsdale, NY Public Schools, one of the highest performing districts in the country.

Richard Askey, Ph.D. -- a professor emeritus of mathematics at the University of Wisconsin, Madison -- added that the 2003 TIMSS results reveal that in elementary school "it is of primary importance to build a firm foundation of numbers and operations and leaning how to solve multi-step word problems, and the Singapore method does each of these." (Read here)
école : références Spinoza1670